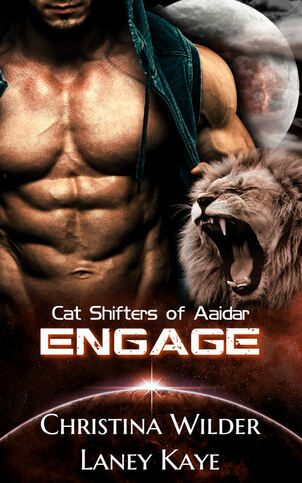 ​Dr. Janie Hartlin's on the run from Regime soldiers after she discovers they stole blood from Herc's mercenary crew. They're going to build their own shifter army to exterminate the Resistance. Her only hope is to reach Maya and Herc on the other side of the desert, but she falls into a nest of armor spiders. Leo rescues her and one touch--followed by a steamy kiss with the hottest, sweetest shifter she's ever met--adds a complication she can't afford.

Leo clawed his way through life on the streets, never expecting to find a bondmate. What in all seven hells does he have to offer Janie outside a bedroll and mercenary rations? So, when he tries to nudge her away, he assumes she'll run--not wrap her arms around him and tell him she won't stop until they take this through bond 3. Falling hard, he's hell-bent on getting her--and the Regime shifter project data--to the Resistance. Janie's his pride now, but will he have to sacrifice himself to protect her?


Book 2 of a 4-book Series. Our alien shifter romance series guarantees alpha males, fierce women, steamy, on-the-page romance, and a satisfying happily-ever-after. Each book features new characters, but a larger story weaves through all 4 books. They can be read individually but are best when read in order.